When you hear the word levitation, maybe you think of something like this: 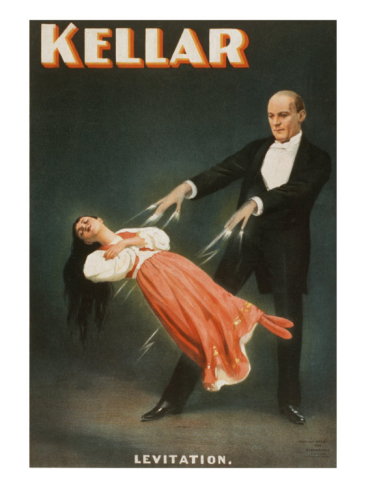 I’m not saying that’s not real. (But it would not be inaccurate to say that it isn’t not unreal.)

Let’s leave magical powers out of this, though. I want to talk about the sort of levitation achieved by science.

Humans have found a handful of ways to force objects to defy gravity, and I’m going to tell you about one: magnetic levitation.

Ever heard of a maglev train? It uses electromagnets to run without touching the tracks, cutting down on friction (allowing for faster starts and stops) and wear-n-tear (theoretically making it less expensive to maintain). In order for this to work, the train has to hover at exactly the right distance from the track: 15 mm. That’s about the width of a woman’s thumb. The downside? No more nostalgic penny-smushing (possibly outweighed by the cool factor of a LEVITATING TRAIN).

Some maglevs actually use electrodynamic levitation, which involves superconducting electromagnets.

Whoops, sorry…looks like the Too Many Fancy Scientific Words (TMFSW) alarm just went off. Let’s break this down a bit.

It’s a magnet that uses electricity to produce its magnetic field.

What is a superconducting electromagnet?

An uber-strong electromagnet produced by electric current from superconducting wire.

Yeah. It just means the wire, when brought to extremely low temperatures, can carry a bunch more electrical current than regular wires. This allows it to create really strong magnetic fields.

Is everybody good? Can we turn the TMFSW alarm off now?

Excellent. Now, where was I?

Ah, yes. Some maglevs use superconducting magnets for levitation and propulsion. You know how when you put two magnets together at the wrong ends, they’ll push apart? A much stronger version of that force is what makes these maglevs hover and go. Here’s a basic view of how that works (remember, opposites attract, so North will push apart from North): 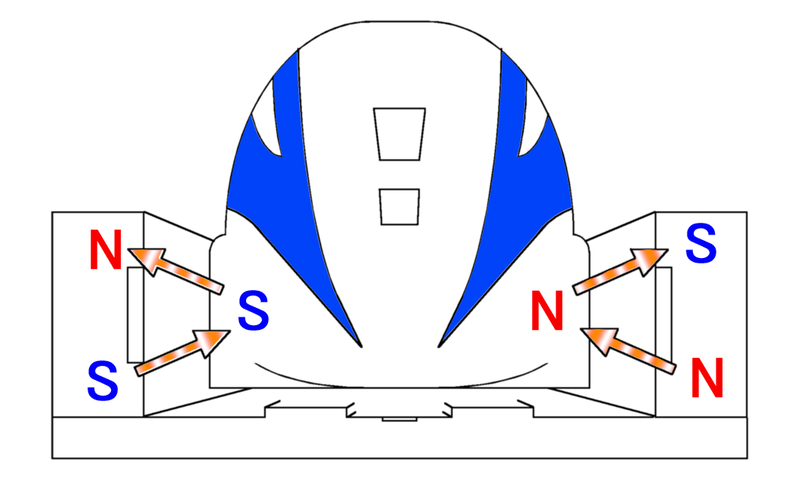 When you think about how heavy a train is, it makes sense that these magnets would have to be outrageously strong to levitate one. Thus, superconducting electromagnets instead of, say, Magna-Doodle dust.

Are you impressed yet?

Fine. Just watch this video. If you’re not in awe of levitation after that, we’ll see about resurrecting Kellar for one last show.